From Long Goodbye To Long Lockdown

When the global pandemic hit - we were supporting Riz Ahmed with the release of his post-Brexit breakup album and short film ‘The Long Goodbye’. With the global tour cancelled and sold out shows postponed, we were tasked with marketing the project online, and keeping the client and wider social issues around The Long Goodbye in the public eye.

Riz Ahmed is a music artist, storyteller, actor and activist. He is the first South Asian actor to win an acting Emmy for his lead role in HBO’s The Night Of and starred in Rogue One: A Star Wars Story, Venom, Four Lions, and Nightcrawler.

As a musician, he came up in the London scene as a rap battle champion, going on to write and perform both as a solo artist and with Swet Shop Boys. His provocative solo release, Post 9/11 Blues, was banned before a viral groundswell forced it into radio.

This was a deeply personal project to Riz, designed to deliver an important message around race, immigration and social and economic status. The project was rooted in the UK, but resonated with people from all corners of the globe. We needed to find a way to continue this conversation despite the lockdown.

Working with the client and management, we turned The Long Goodbye into The Long Lockdown - with Riz hosting live stream discussions with prominent figures from all backgrounds on a number of core concepts. Topics included mental health and the pandemic, immigration, and finding acceptance in your own country.

In a very tight time frame, we designed and delivered the creative assets, taking these to market and promoting the live streams in a coordinated and efficient manner. We were then on hand to execute and roll out each event.

As the two-month campaign continued, we saw huge organic growth and engagement across all social media platforms and extensive coverage in traditional media. Facebook page impressions increased over 1500% with active engagements on content up 364%. On Instagram, Follower growth increased 156% and impressions 377%. YouTube acquired 14,000 new subscribers during the campaign. This was all carried out organically with no advertising spend.

The film received significant recognition, winning an Oscar for Best Live Action Short. It was a pleasure to work on the digital marketing for such an important piece of work, and we thoroughly enjoyed contributing our creative ideas to the project. 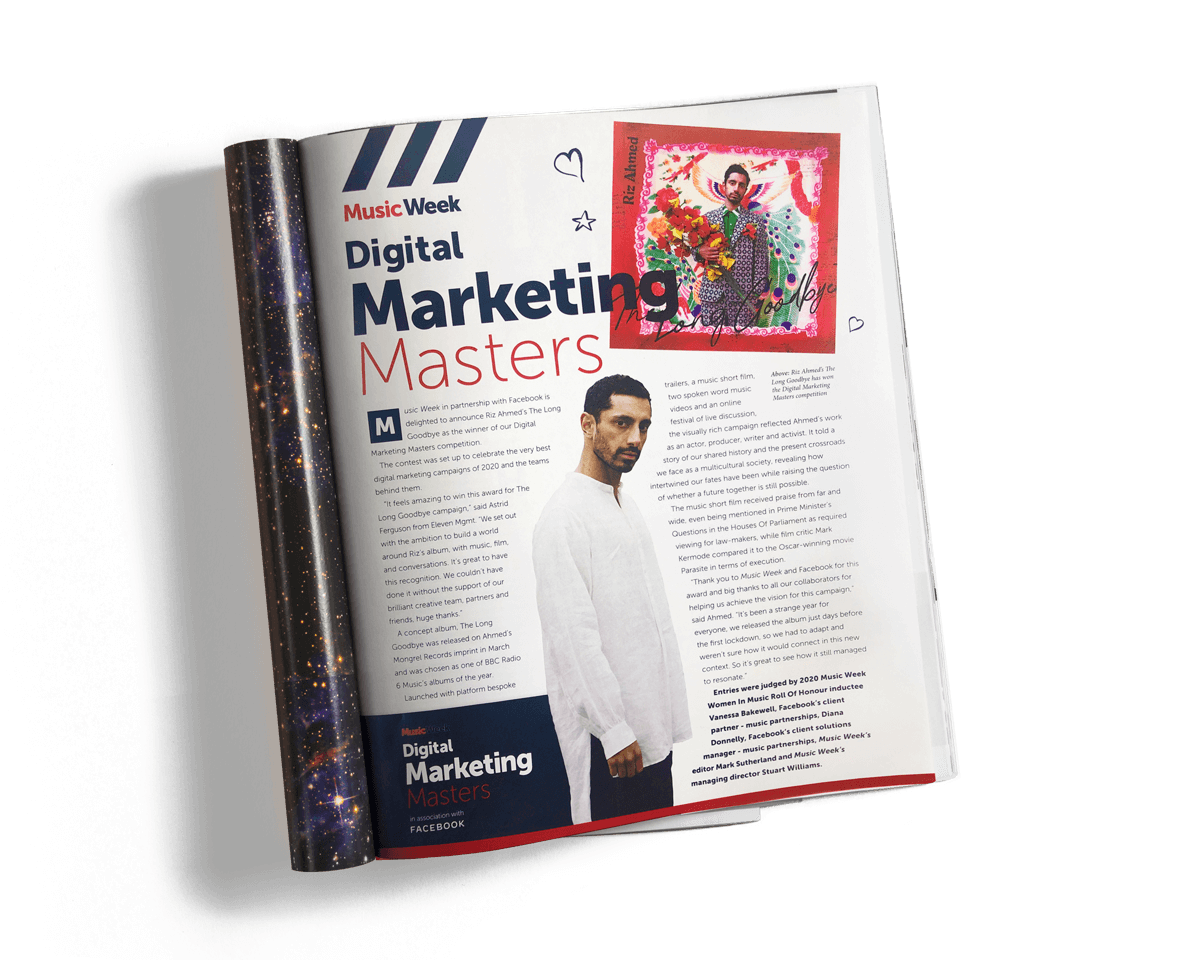